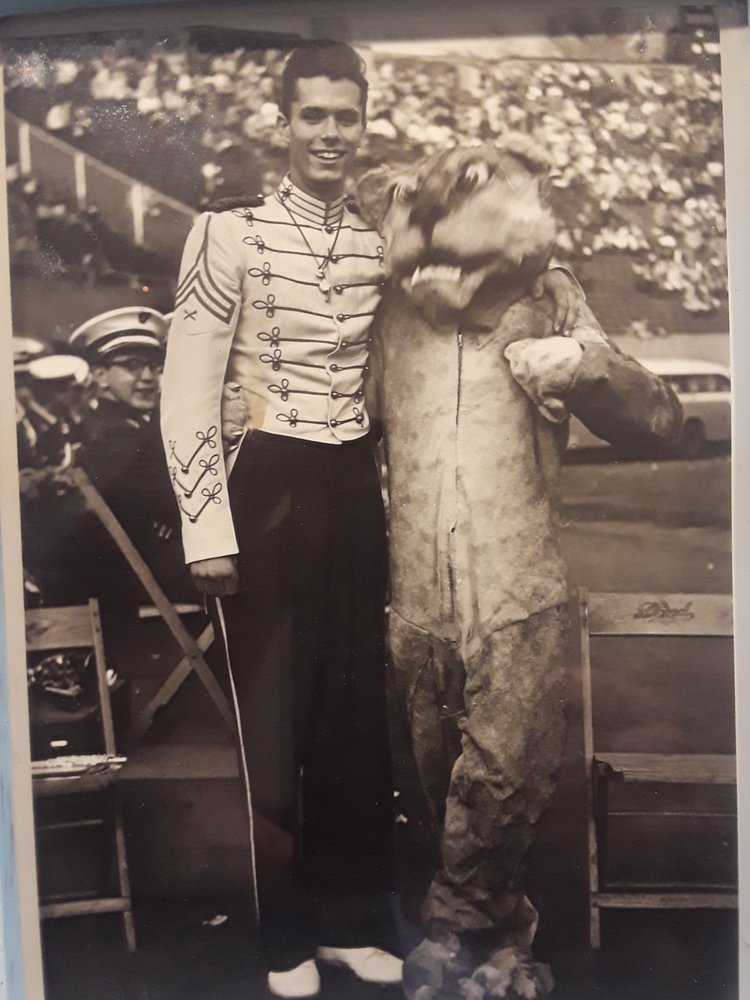 Francis Walter Taylor, 84, of  Horsham PA, passed on January 30th, with his loved ones by his side...and on the phone.

Fran was born Sept 21st 1934, in Abington Pa, to Evelyn and Bradley Irving Taylor as the third child behind Robert "Stretch"  and Joseph Bradley.

He attended Ambler High School and continued his education at Penn State where he met his wife Dianne Lee whom he has recently been reunited with. He attended Penn State University where he received his Masters and was the Drum Major for the Penn State Blue Band. He also received a Masters in Education from Temple University. He continued his music carrier as the Band director in the  Hatboro Horsham School district.

His passions were music, fishing at Pecks Pond and Canada, photography, framing, hanging with his Grandkids and holding court in his front yard where an open chair and a box of dog biscuits was always available for the passer by.

He is survived by son Scott and Angela of Clifton Park,NY, Grandkids  Jeff, Alyssa and Valerie and favorite son Jeff and Robin of Horsham Pa. and his loyal companion, dog Willie.

Relatives and friends may greet the family Wednesday 9:00 to 10:45 A.M. in the Wayside Chapel at Whitemarsh Memorial Park 1169 Limekiln Pk. Horsham. Memorial Service 11A.M. Interment is privatate. In lieu of flowers donations in Fran's name to: Wags Rescue Box 1514 Southampton Pa. 18966 or online at: wagsrescue.org would be appreciated.

To send flowers to the family or plant a tree in memory of Francis Taylor, please visit Tribute Store
Wednesday
6
February