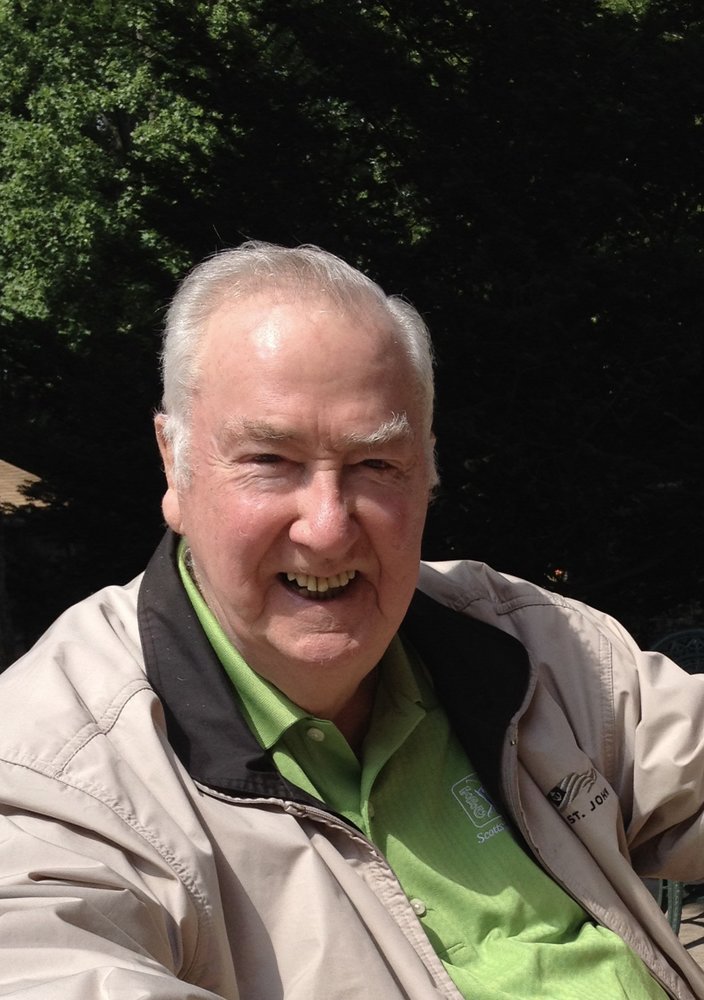 He was the son of John and Celia (Zworsky) Cannon of County Donegal, Ireland.   John was predeceased by his wife Winnie(Reardon/Brady) Cannon. He is survived by 3 children Maureen Groome (Ed), John (Susan) Brady and Dennis Brady.

John graduated from St Thomas Moore high school and after graduating he enlisted in the US Navy for four years.  Following military service, he was employed by Smith Kline & French Laboratories in various financial positions until his retirement in 1986.

During his employment John received a BS in Accounting from St Joseph’s University.  After retiring John went on to become a Certified Financial Planner and practiced as a personal Financial Advisor for a number of years.

He spent summers at his home in Cape May, NJ enjoying the beach and golf at Avalon Golf Club.

John will always be known for his big Irish smile and will be missed by many especially by his daughter Maureen.

In lieu of flowers donations may be made to Christ the King Parish ctk@christthekingparish.net

To send flowers to the family or plant a tree in memory of John Cannon, please visit Tribute Store
Wednesday
26
June