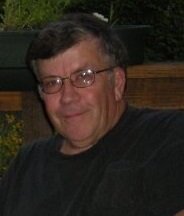 Obituary of Carl A Vacula

Born in Ford City, PA, he was the son of the late John and Ellen (nee Weber) Vacula.

Carl was a graduate of Ford City High School class of 1966. He served in the Army from 1967 to 1973 in Vietnam. Upon ending his active service he enlisted as a full-time reservist, retiring in 2007 as a Sergeant.

He spent 40 years working in the civil services as an Aircraft Mechanic, starting at the Philadelphia Airport, then relocating to Willow Grove Naval Air Station.

Mr. Vacula was a member of Bucks County Fish and Game and Ford City Sportsman Club. In his downtime he would be spending time in the woods hunting or tinkering at his reloading bench.

He is survived by wife of 37 years Brenda Vacula. He is the devoted father of Suzanne (Robert) Frances of Huntingdon Valley, Christine (Harvey) Camacho of Warminster, Richard (Gina Creighton) Sayland of Warminster, Brenda (Timothy) Martin of Acworth, GA, Todd (Peter Pieropan) Sayland of Fort Lauderdale, FL, and Theodore (Rusty McCarty) Sayland of Collinswood, NJ. He is the beloved grandfather of 15 and great grandfather of 8. He is also survived by his sister Bernadine (Russ) Strong in addition to many cousins’, nieces and nephews.

He is predeceased by his brother John Vacula in 1996

Relatives and friends are invited to call Tuesday, August 20, 2019 at the Louis Swift Plunkett Funeral Home, 529 N. York Rd. Hatboro from 11:00 to 1:00 PM. Funeral service will be at 1:00 PM, officiated by Rev. Fritz Fowler. Interment will take place at a later date.

In Lieu of flowers, donations to Wounded Warrior would be appreciated.

To send flowers to the family or plant a tree in memory of Carl Vacula, please visit Tribute Store
Tuesday
20
August