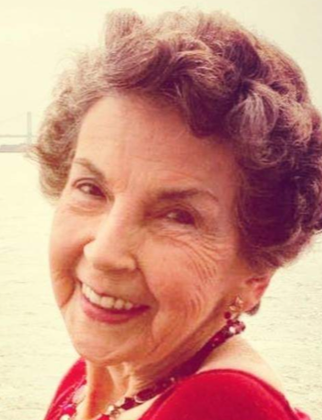 Irene was the devoted wife of the late Gerald J. Farrell Sr., with whom she shared 44 years of marriage. She was a resident of Hatboro for 62 years and a member of St. John Bosco Church since 1956.

The oldest of five children, she was born in Philadelphia on September 24, 1924 to Francis J. Duffin and Bridget Dooley Duffin (of Kilkenny County Ireland).  She was a 1942 graduate of Hallahan Catholic girls’ high school, after having met “Bruz” Farrell the year before.  They dated for five years, marrying in 1946.

Irene worked at the NAS Supply Office in Philadelphia for 10 years, the Eastern Montgomery County Tech School in Willow Grove for 12 years while raising her children, AARP in Warminster for 6 years and was a 10-year volunteer at the former Warminster Hospital.

In addition to her husband, she was preceded in death by her daughter, Patricia D. Farrell (along with Mark), her brothers Frank (along with Jane) & Jack Duffin and her sister Mary Morgan (along with Lee).

Irene was the proud and loving grandmother to Jerry III, Alex, Kelsey, Casey, Jimmy, Maura, Grace, Rachel and Mark.   Some of her happiest moments were spending time with them and their parents and being so proud of all their accomplishments.  She was blessed with 5 great-grandchildren, Emma, George & Patrick Farrell & Graeme and Conor Farrell.