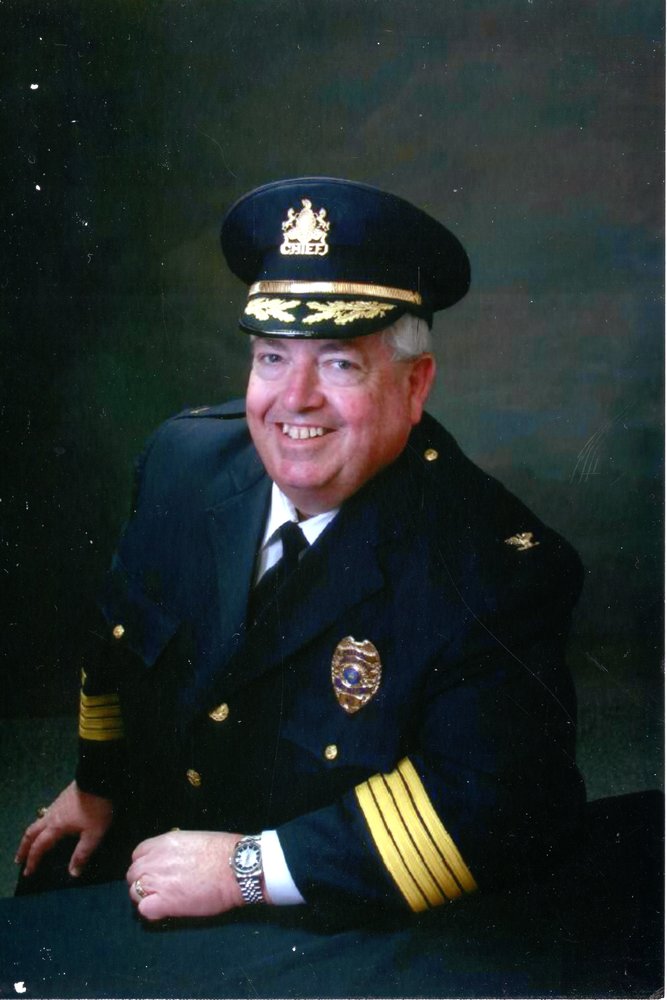 Retired Police Chief Robert H. Ruxton of Horsham, passed away Thursday, Feb. 21, 2019. He was the beloved husband of Mary Beth (Lavery); devoted father of Robert J. Ruxton (Amy) and Tracy Marie Mullarkey (Joseph). Born in Abington, he was the son of the late Robert Ruxton and Billie Marie Metcalf. Bob began his career with Horsham Twp. Police Department in 1973 and honorably served the citizens of Horsham for 41 years until his retirement in 2014. Post-retirement, he served as Police Chief of Bridgeport, PA from 2015-2017. Bob was past President of Pennsylvania Chiefs of Police Assoc., Police Chiefs Assoc. of Southeastern Pennsylvania, the Montgomery County Police Chiefs Assoc., and the Delaware Valley Assoc. of Professional Police Officials. The Chief was also a founding member of the Pennsylvania Police Accreditation Commission. He was a graduate of Northwestern University Staff and Command and member of W.K. Bray Masonic Lodge. Bob also served honorably in the United States Navy and was a past member of the Horsham Fire Company. Above all of this, his greatest accomplishment was the love he had for his family and friends. He was lovingly known as Pop-Pop to his two grandsons, Kevin Dylan and Nolan Jack.

A viewing will be held Saturday, March 2, at St. John Bosco Church, 215 E. County Line Rd., Hatboro, PA, from 8:30-10:30am, with service to follow. Interment will be held privately. In lieu of flowers, memorial gifts can be made to:

To send flowers to the family or plant a tree in memory of Robert Ruxton, please visit Tribute Store
Saturday
2
March