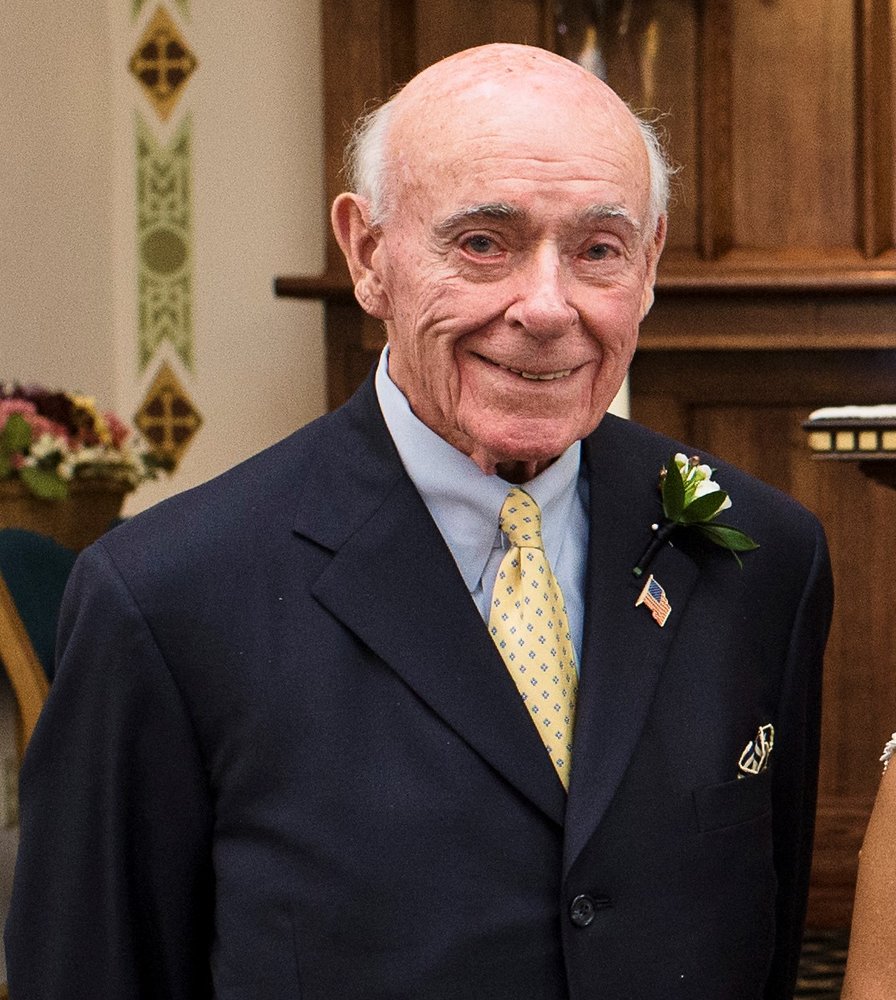 Louis Swift Plunkett of Warrington and Hatboro Died on September 8th, 2019. He was 92. He was the devoted husband of 67 years to Theresa (Maher) Plunkett. He was the son of the late William R. and Madaline  Plunkett Sr. He was the father of Jeff (Maureen) Plunkett and Chris (Tom) Hunt; grandfather of Katrina (Conrad), Marissa (Matthew), Ryan, Zebulun, Elsie, Anora, Alberta, Amilia and the late Carl; Brother of the late William R. Plunkett Jr. and Brother-in-law of Rita McIlhenny, Joe and Liz Maher and Jane Moffitt He is also survived by many nieces and nephews.

Lou was a licensed Funeral Director for 69 years. He was a U.S. Navy Veteran, Past Grand Knight of Fr. Joseph A. Gallen K. of C. and a Borough Councilman in Hatboro for 10 years. He was active in other  organizations including The Hatboro Lions Club and SJB Holy Name Society. He was a longtime member of St. John Bosco and St. Robert Bellarmine Parish. Lou and Theresa spent many Summers in Strathmere N.J.

To send flowers to the family or plant a tree in memory of Louis Plunkett, please visit Tribute Store
Sunday
15
September